The Art of Oddworld

Skillya is one of the current Slig queens within Oddworld. Like most Slig queens, she has no maternal attachment towards her children whatsoever.

Skillya willingly gives away her baby Sligs to Glukkons for them to serve as security guards. It's believed that if a Slig disobeyed the orders he was given at the factory where he worked, then he would get sent to Skillya for his punishment. It's also believed that she cooks them, based on a note in the The Art of Oddworld Inhabitants: The First Ten Years 1994 - 2004. Unlike Sam, she has no qualms with selling/giving away her offspring.

Skillya sells the Sligs as security workers and directly benefits from it. The explanation for her behavior is simple - she hates her children.[1] The birthing process is so painful for her that it fills her with a deep hatred towards those she considers responsible. Her anger surfaces in other, even more, unusual ways, too - it isn’t uncommon for her to eat her children as soon as they’re born, just as payback for the suffering they cause her during delivery. 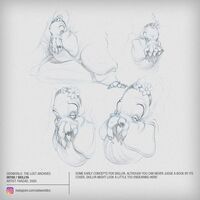 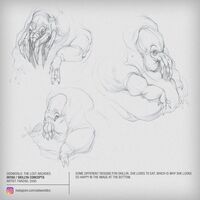 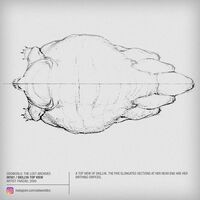 Top View of Skillya, like all other queens, she is overweight and fat 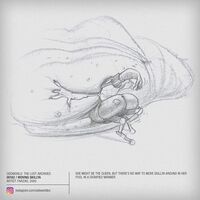 Concept Art of a Slig moving Skillya in the water 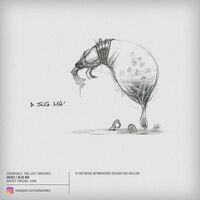 Retrieved from "https://oddworld.fandom.com/wiki/Skillya?oldid=22598"
Community content is available under CC-BY-SA unless otherwise noted.