The Shrykull is a Mudokon transformation as well as a Mudokon demigod, appearing as a creature that has the physical features of both a Scrab and a Paramite. The Shrykull has the body of a Scrab, but limbs similar to a Paramite's forelegs protruding from its midsection. It also has a fringe of Paramite facial-digits around its head, forming a sort of crown. The Shrykull has the ability to electrocute the area around them with powerful bolts of electricity, killing any hostile forces and exploding any hostile ordnance that happens to be nearby. The ability to transform into the Shrykull can be granted to a Mudokon by a shaman, often after the Mudokon has passed a number of mental and physical trials. Abe is currently the only known Mudokon who has been given the power of the Shrykull.

After completing the Scrabania and Paramonia trials, Abe has the ability to charge the power of the Shrykull by sending the appropriate number of Mudokons through a numbered bird portal. The charge can then be carried around until activated by chanting. In Abe's Oddysee, there are anti-chanting devices in some places which prevent a Mudokon's chant, this does not stop the Shrykull, however, as chanting will trigger the transformation and destroy such devices. Chanting without any sligs or machines nearby will still activate the Shrykull, but it will not waste the charge.

Abe is presumably able to transform into the Shrykull throughout the whole game, but bird portals only appear after the player first enters Feeco Depot. The Shrykull's power acts identically to how it did in Abe's Oddysee.

In Oddworld: New 'n' Tasty it is still required to send a certain number of Mudokons through a bird portal in order to receive the charge. However, unlike in Oddworld: Abe's Oddysee, this process can be repeated for multiple charges as long as enough Mudokons are available in the area. Since the game is not screen based, the Shrykull will only attack the Sligs, Slogs and devices within a certain radius. In addition, all Shrykull charges can be lost by passing through a motion detector.

Abe must still send a certain number of Mudokons through a portal in Oddworld: Soulstorm, although once that number is reached that portal can no longer be used to receive Shrykull Rings. The radius element from New 'n' Tasty has been kept, but only Sligs and Slogs will be attacked. Similarly to Abe's Exoddus, the Shrykull only appears after Abe has received his Chest Tattoo. 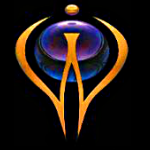 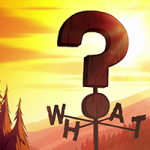 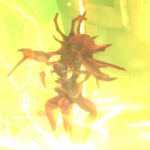 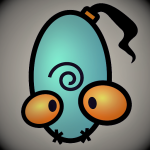 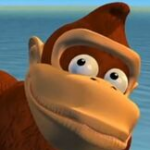