Least Concern
Scuba Toads were supposed to appear in Stranger's Wrath and were originally supposed to row Stranger's boat to Last Leg's and eventually onto Sekto Springs Dam.

Scuba Toads appear to be short, fatter versions of Grubbs. Whether they are related or not is uncertain. Not much is known about them other than the fact they may have been fishermen before they were forced from the Mongo River, hence their harpoon-shaped spears.

Unfortunately, they were cut from the final version for unknown reasons. One theory suggests their arms were too small and it was hard to animate the character motions. 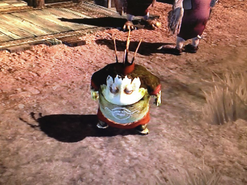 A model of a Scuba Toad found within Stranger's Wrath. 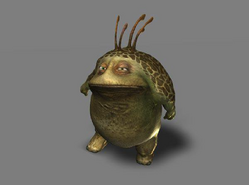 Rendered Model of a Scuba Toad 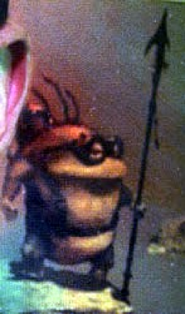 Scuba Toad with a Harpoon Weapon 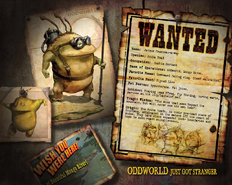 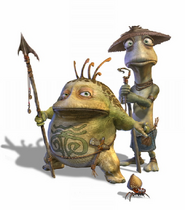 A Scuba Toad in front of a Grubb with a Bolamite 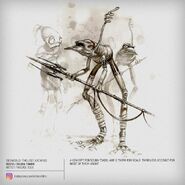 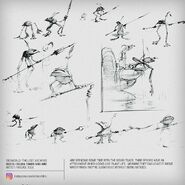 Concept Art for the Mannerisms of Scuba Toads 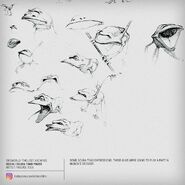 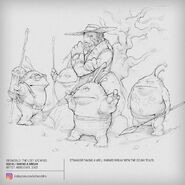 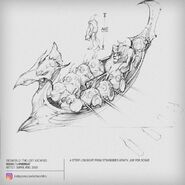 Scuba Toads surrounding a boat that was originally going to be used to transport Stranger down the Mongo River.