The Scrabanian Temple is an ancient Mudanchee proving ground for those who wish to gain the powers of the Shrykull. It's home to many Scrabs and should a mudokon succeed in completing all the trials, he will be awarded with the Scrab handscar. It also leads off into Scrabania, a barren desert wasteland, which provides a tough test for Mudokons wishing to obtain the handscar. Abe completed the trials and was therefore awarded the handscar by Big Face. The scar is half of the power needed for the Shrykull, the other half can only be obtained by completing the trials of Paramonia and obtaining the second handscar. 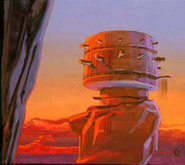 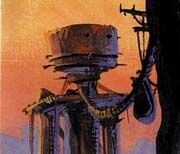 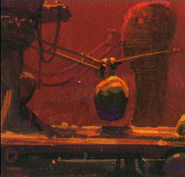