Sam is the only known living female Mudokon. All of her eggs that hatch are instantly born into slavery. She is the Queen of the Mudokons.

She is held captive by industrial forces, and her eggs are shipped off to hatch into slave laborers. The cartons these eggs are kept in bear a stylized cartoon portrait of her. Since the Vykkers realized she lays fewer eggs when she is depressed, they used a Shrink (a sentient AI) to keep her company and comfort her. It's unknown what her relations or feeling toward her Mudokon offspring are. However, the fact she needs the Shrink to keep her happy implies she would fall into deep depression with the idea of her offspring being taken away into slaverly.

It's possible that there used to be plenty of Mudokon females in the past to keep a stable population. Also, it's likely that she is the only enslaved female, because this makes it easier to control the Mudokon population and ensure that any free Mudokons who oppose the Magog Cartel or Vykker's Conglomerate are the last generation to live, besides the slaves.

Until Sam is rescued, the only way for Mudokons, like Abe, to make sure their kind doesn't die out is with stolen Labor Eggs and rescued scrubs.

Behind the Scenes Edit

Sam was originally planned to make an appearance in Munch's Oddysee, being held inside Vykkers Labs. However, due to time constraints, this particular part of the plot was cut, and canonically Sam was not actually on Vykkers labs in the first place. Otherwise, the ending would have meant she most likely died in the subsequent explosion.

She was due to make an appearance in Munch's Exoddus, prior to its cancellation. 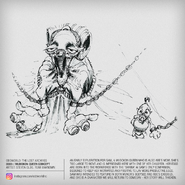 Concept Art of Sam and a baby Mudokon held captive by the Industrialists within the Magog Cartel. 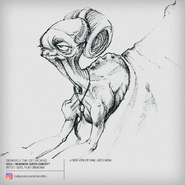 A Dynamic View Concept Art of Sam, notice how her lips are stitched like Abe. 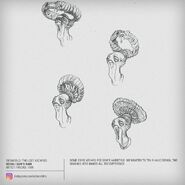 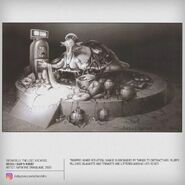 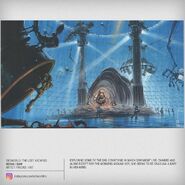 Logo used for Sam's Labor Eggs
Add a photo to this gallery
Retrieved from "https://oddworld.fandom.com/wiki/Sam?oldid=22117"
Community content is available under CC-BY-SA unless otherwise noted.