RuptureFarms is a meat processing company on Oddworld. The now defunct RuptureFarms 1029, the company's main factory and biggest meat processing plant on Oddworld, serves as the primary location for the events which transpire in Abe's Oddysee and its remake, New 'n' Tasty. It's administrated by a high-ranking Glukkon of the Magog Cartel known as Molluck, who is also the CEO of SoulStorm Brewery 401. Molluck was faced with a dilemma when profits began to fall and the future of his beloved plant was grim. Since the creatures he used for products were becoming scarce and, in the case of Meeches, extinct, he decided to make a major move: to feed the slaves of RuptureFarms into the farm itself. Needless to say, this was what began the quest of Abe, a lowly Mudokon first class floor waxer, in escaping the factory. Eventually, after a long and harsh journey, he managed to shut down RuptureFarms 1029 for good and rescue the laborers enslaved there. Smaller branches continue to operate around Mudos, despite the main factory's collapse. Once RuptureFarms 1029 was closed, the trains that joined it to FeeCo Depot stopped running, and it was officially announced as "Out of Service".

The immediate area outside the factory is the Stockyards, an area filled with motion detectors, Scrabs, and noxious fumes from the factory. It also serves as a large danger zone for any Mudokon trying to flee. After the Stockyards comes the "Free-Fire Zone", which is essentially a large stretch of barren land, where armed units of Sligs patrol rugged cliffsides and prevent any Mudokon from escaping. The Sligs here also place Slogs and Slog Huts in order to further prevent escapees. From this location, Oddworld's many moons and stars can be spotted, including the Mudokon Moon.

The exterior of RuptureFarms 1029 is only ever seen briefly, but shows that it's in fact a gigantic complex. It has a main central hub which sprouted off to many different areas of the factory that can be seen in the distance.

It's also an incredibly dangerous location, with industrial machinery posing a threat to both Mudokon workers and Slig personnel. The facility is organized into separate sub-areas known as Zulags, each of which is connected by a Ball Car lines. One of these areas contained the switch for RuptureFarms' power supply. Only 4 Zulags are seen in game, and the directory map indicates that there are no others. However, a secret area in New 'n' Tasty implies the existence of a fifth zulag.

RuptureFarms appears to be much brighter in the remake. Having the painted logo on the factory replaced by a neon sign and the design of the factory changed to have a more futuristic and functional look. The "dark look" may not be as present as it was before. However, some features of this are kept, as more funnels have been added that emit smoke and the sky still looks dark.

Some branches of RuptureFarms remain active after the events in Abe's Oddysee/New 'n' Tasty. In Necrum Mines, several information banners mention a new product from Rupture Farms known as Weenie Babies. Abe remarks to Munch "You know what's in a Mudokon Pop?" when commenting that the Glukkons eat Gabbit eggs. Finally, in Oddworld: Munch's Oddysee, a small localized branch of RuptureFarms is briefly visited. 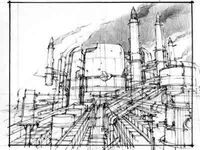 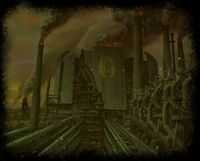 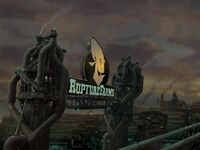 The billboard that overlooks the Rupture Farms production lines. 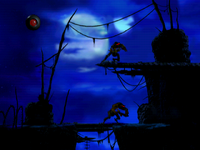 The Outskirts of Rupture Farms 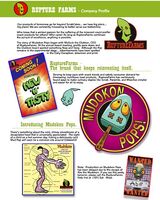 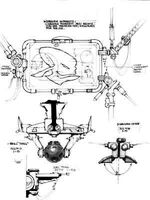 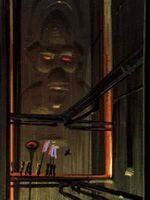 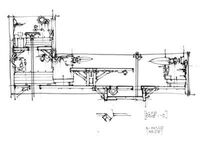 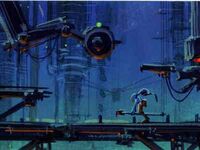 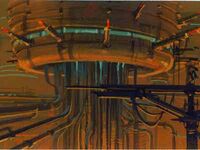 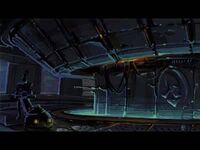 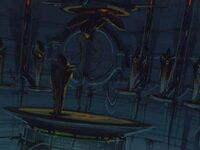 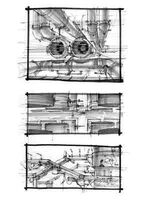 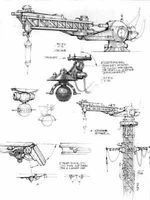 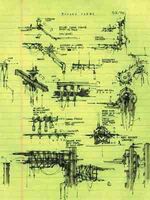 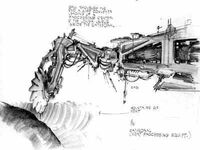 Promotional image of RuptureFarms, along with Molluck, as they appear in Oddworld: Soulstorm.

A barrel with the RuptureFarms logo