Abe and Munch are summoned by the Almighty Raisin who tells them of a location known as Break Wind Hill, a sacred Mudokon site, that has been corrupted by the development of the Evenwurst Weenerz company, which is also enslaving Mudokons. To stop them, he tells them to rob Fort Glokz, which is located inside of the company. Abe and Munch are reluctant, but are talked into it. Abe goes out on his own to "check things out".

Abe makes his way around outside while Munch breaks into Evenwurst through a drainage ditch. The two eventually meet up before getting inside. There is a brief intermission of a newspaper showing that a Glockstar is coming to the facility. Over a series of levels, Abe and Munch get deeper inside of the complex and eventually end up in the executive quarters. There the unnamed Glockstar is talking with a Chump underling about the facility. The Glockstar mentions treasure being taken to Fort Glokz and that he has given the Chump a Golden Executive Moolah card for protection. The Glockstar then leaves.

Abe possesses the Chump and knocks him out, allowing him and Munch to steal the gold card. They use it to open a nearby vault only to find it empty. Just then a Shaman appears and reveals that the gold card will allow them to break into the treasury at Fort Glokz. He also tells them of an ancient device hidden in Break Wind Hill that they can use to break into the fort. Abe offers for him to come along, but the Shaman refuses. There's another newspaper intermission revealing the G.E.M. card's theft.

Abe and Munch go through Break Wind Hill and manage to activate the device, which seems to be some sort of bird-shaped flying machine. They make it to Fort Glokz before being shot down, which is also shown in a newspaper intermission. Separated, the two make it into the facility until they are able to meet up again. They make it to the executive office where there's a brief scene of the Glockstar threatening one of his underlings. Shortly after which, Abe possesses and takes out the Glockstar.

Finally breaking into the Fort Glokz treasury, Abe and Munch find the 'treasure', which is actually countless numbers of golden eggs. The Mudokons accompanying them carry them out as Abe continues possessing the Glockstar, who is left in financial ruin.

Abe and Munch return to the Almighty Raisin who praises them for their victory, saying they will use the moolah for freeing slaves and to fund their next mission. Abe and Munch are dismayed, only for the Raisin to reveal that they've earned a break. One last newspaper intermission reveals the fall of Fort Glokz. 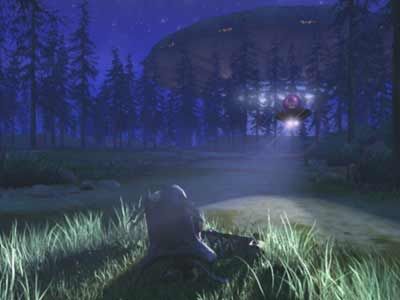 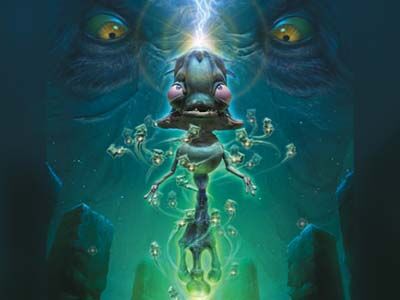