Lady Margaret is one of the Glukkon queens and the supreme leader of the Magog Cartel. She is huge, fat, and ugly, resembling a titanic bobbit worm. However, this doesn't deter her from tending to her own makeup.

According to The Daily Deception, she had developed a hacking cough sometime after the destruction of Soulstorm Brewery, and it was soon leaked to the public that Lady Margaret would be in the need of a new set of lungs. Continued research into the cure of Gorman Disenza revealed that Gabbit lungs would make a viable substitute for Glukkon lungs, which instigated a continent-wide search for the last surviving Gabbit, Latimire Munch, who had recently escaped from Vykkers Labs.

The search inevitably proved fruitless, as Latimire Munch was able to avoid capture. With no other alternatives, Lady Margaret was placed on an artificial life-support system.

A Sculptured Bust of Lady Margaret 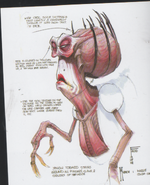 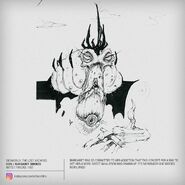 A Close-Up Concept of Lady Margaret smoking a Lung Buster Cigarette, the leading cause to her cancer. 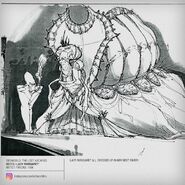 Concept Art of a Big Cheese Glukkon next to Lady Margaret in her Glukkon Finest Attire. 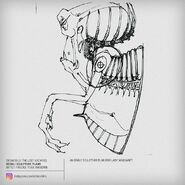 Designs and Concept Art of the Lady Margaret Bust seen above. 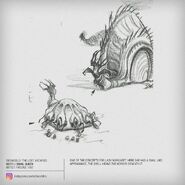 Various Views of Lady Margaret with a note. 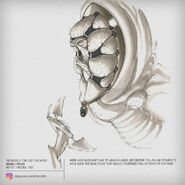 Lady Margaret With a Ceremonial Glukkon Headdress, ready to face a trial with Molluck 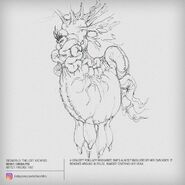 Full View of Queen Margaret in her Attire 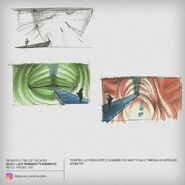 Designs for Lady Margaret's Quarters, which is clearly a Schfincter Muscle.
Add a photo to this gallery

Retrieved from "https://oddworld.fandom.com/wiki/Lady_Margaret?oldid=22534"
Community content is available under CC-BY-SA unless otherwise noted.