Blisterz Booty is Stranger's first bounty in Stranger's Wrath. He also has a twin brother, Boilz, who usually helps him out if he's in trouble.

During the events of Stranger's Wrath, he is wanted for messing around in town, and Stranger captures him alive with fuzzles and a bolamite, making him the only mandatory live capture.

Blisterz will taunt Stranger with various insults and warnings that his brother, Boilz Booty, will come to spring him from prison if the player visits the area of the jail that he is locked away in. Blisterz likely escaped from jail after Boilz trashed it, though no confirmation of this is ever given within the game. 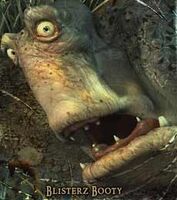 Blisterz Booty begging for mercy after Stranger takes him down for a bounty.

Rendered Art of Blisterz Booty, the first Outlaw Stranger captures in the game. 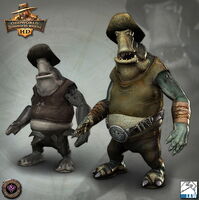 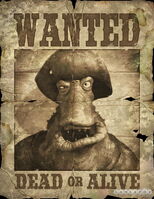 Stranger luring Blisterz Booty into a trap within a forest.

Blisterz Booty running past a Tribe of Grubbs to get to Stranger. 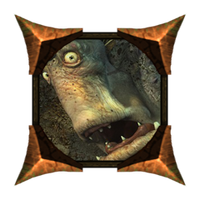 Retrieved from "https://oddworld.fandom.com/wiki/Blisterz_Booty?oldid=21886"
Community content is available under CC-BY-SA unless otherwise noted.