Sean Miller
The Almighty Raisin is a wise, long-lived, seed-like creature that has evolved from an elder tree in the northern parts of Mudos. Because of his vast knowledge and wisdom, the Mudokons hold him to a near religious level, often going to see him when seeking guidance or advice. Unable to move, he relies on small creatures called ratz as an extra thousand-or-so pair of eyes to see the world around him. The Raisin lives in one of the many underground caverns of Mudos.

The Raisin spent his first 6000 years as an elder tree himself. After this he reached his third stage of life, shedding his roots and limbs to eventually become what he is today. Including his life as a tree, the Almighty Raisin is roughly 14,400 years old.

The Almighty Raisin has no arms or legs, is about 12 feet in height, and weighs a little more than a ton. Unable to move without the help of others, the Almighty Raisin spends all of his time sitting about in his lair, astrally projecting his consciousness onto the world above. When dislodging his mind from his body, the Almighty Raisin drifts his consciousness across the landscape of Mudos to see or hear through the eyes and ears of special others, his close kin and roommates, the Ratz. Without leaving his lair, and with the aid of his Ratz, the Raisin is able to witness all that takes place on the surface world above.

The first and foremost interest of the Almighty Raisin is to try to regain a sense of balance to the land of Mudos. In his visions, he has perceived a horrific doom clouding over the land, but the Raisin believes that there are several alternative futures, thus he tries to influence a destiny that he believes to be the most peaceful and harmonic.

He loves the simple creatures in life and finds the greatest pleasure when casually observing through the eyes and ears of newborns. He has seen into the personal and private lives of all the inhabitants of Mudos. As a result, he is able to have compassion for even those whom he would consider being enemies. He has witnessed so many things, for so many generations, that he simply hasn't much patience for the foolishness or naivete of others.

It's difficult for others to understand his speech, as his statements are usually loaded with several compounded messages. He's been known to fall asleep in mid-sentence, leaving his listeners wondering.[1]

During the events of Oddworld: Munch's Oddysee the Raisin informs Abe about his next mission, helping the Gabbit Munch to retrieve a can of Gabbiar from Vykkers Labs. In doing this not only does Abe save the Gabbit race, but also manages to save his own Mudokon brothers along the way (even those not yet hatched).

During all of Munch's Oddysee, the Raisin only appears in two of the game's cutscenes and is never actually seen in-game. 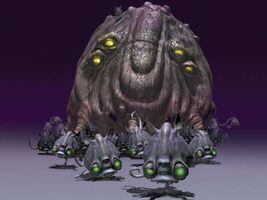 The Almighty Raisin surrounded by his Ratz, his scouts on the surface of Mudos. 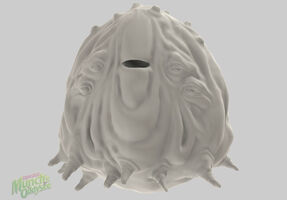 A Render for the Almighty Raisin used in Munch's Oddysee. 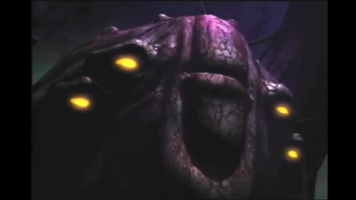 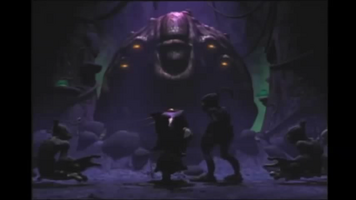 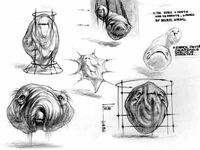 Concept Art of the Almighty Raisin being tested on by the Vykkers. 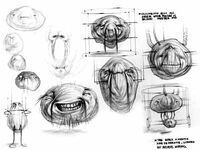 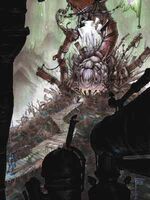 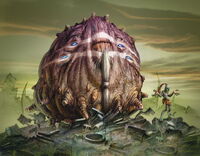 Concept Art of the Almighty Raisin next to Abe. 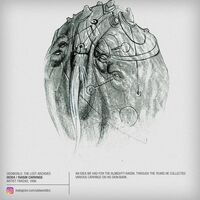 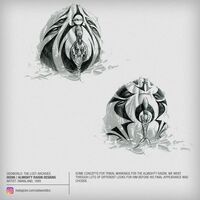 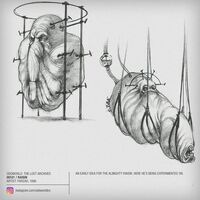 Almighty Raisin Concepts of the Vykkers testing upon him.